I’ve been debating how I should start this blog post (my first in what almost a year). I’m torn between two cliches:

It’s odd to feel the need to soften the difficulty of parenting. That somehow admitting it’s difficult is equated to not loving your child.

Of course the difficulty is not equated to loving your child.  I’d take a bullet for my child ( I know another cliche right) but let’s face it, when your lovely daughter or son is channeling their inner demon, at of course the most inappropriate time, pretending childrearing is some instagram dream is just foolish.

Or when you throw a birthday party. Remember back to the magic of your birthday. You’d get hopped up on all kids of sweets, run around crazy with your friends and open presents.

It was probably horrible for you parents.

Coraline’s fourth birthday party was yesterday.  After spending a good three months lying to myself that I was gonna channel Martha Stewart and countless hours wasted Pinning birthday party ideas from parents that are frankly MUCh more talented than I am, about three weeks ago, I realized that “hey you have a birthday party date announcced on facebook” with nothing prepared for it including a venue.

But since I’m trying to be Zen (I mean I meditated….sometimes…occassionally and it’s not court ordered), I decide to just brand it as “simplistic” and lie to myself that it’ll be a relax ing time.

Who needs Facebook memories? We will just invited family and friends and hold it somewhere local.

That is until it’s 15 minutes befor the party starts and I’m trying to pack everything into my Subaru and hope that I can beat that one annoying party guest who has to show up early.

I’ve spent the night before cooking 4 batches of spaghetti sauce(which frankly I suck at), sent Kyle to decorate becuase frankly I suck at that to. Suprise we find out the kitchen is locked and they forgot to give of the key!

Coraline, who is NEVER sick, somehow magically had a cold and was a crab pants. And I have about twenty guest coming, ten or so of which are children most under the age of 6. And for some reason I planned the party during my child’s nap time (because that was the logical thing to do).

Fast forward an hour, Coraline’s grandfather is telling a lovely famliy story about how his grandfather MURDERED his son. (Which suprise was the first I’ve heard about it).

Coraline and her gaggle of tiny toddler friends have decided to plan dino balloon war which is about as loud as I imagine an actual war to be.  At least I think they were playing, it’s hard to tell if toddlersaurs are actually getting along sometimes.

And this goes on for about five hours.

Yeah parenting is hard. I think I’ll go with that. 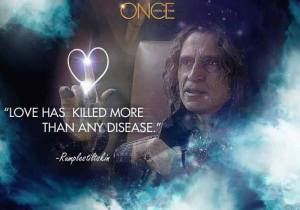 It was a flicker, a slow glint of tinder in an otherwise rainy, overcast May day: I wanted to write.

I had forgotten of course what it was like to live with true heart-break, to be one of the slumberers, stumbling through waking hours, waiting for the respite of sleep, but knowing none would lie in the folly of my mine’s dreams.

Fighting all the time, my one urge to lie still in my bed, to slow my breathing as the cover envelope me, and slowly close my eyes. To be still. To be as close to you.

In short, I miss my father terrible.

I know it’ll be days, maybe even weeks or months before I let the words course through my finger tips to page. The ink makes it real, impossible to smile and pretend that yesterday is today and tomorrow.

Soon enough they’ll be moments where the pressure is off my chest, a mad dash for the light underwater.

And I’ll forget, for a minute or two, the dull ache of my heart.

Then they’ll be another and another until I notice once again the smell of lilacs dancing in my chest and the sun warming my broken bones.

But for now, I wanted to do something. Anything. And that’s enough.

You may have noticed that I have been gone the last few weeks. My father fell ill. And of course between hospital visits and tending to my mother this blog was not a priority. And last week, he took a turn for the worse and passed away. This was unexpected, even with his illness, a nasty auto-immune disorder, we were told to expect 3-5 years, and the day he passed, they were getting ready to release him. In short, it was a shock.

As you can imagine, I have been reeling. Being close to your parents is a double-edged sword.  I had 28 years of an amazing relationship but in its absence the void is staggering.

I was reminded at his visitation, but several of his friends that of all the things he loved about me, most, perhaps was my artistic drive. As one said, “don’t stop writing…” and even my father is his last months told me I was the artist he always wanted to be.  So after a week and a half of sitting around crying and mopping, I’m going to do what I do best, carry on and increase my drive to get my art out there in memory of my father with of course a good mingling of crying and mopping in between.

And because I think this is appropriate:

Do Not Stand At My Grave And Weep