As you know, I’m not a grammar Nazi, at all, but this video manages to teach a bit about the English language while poking fun at all . 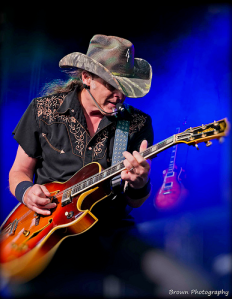 Besides you had long hair, which is my Achilles heal and you were in one of my favorite bands, Damn Yankees.

What’s not to love?

Mind you, this was before the age of widespread Googling and I became aware of your political beliefs (diametrically opposed to mine) and your past with women and girls.

It’s about what you say, how you say it, and why it so desperately matters.

You see, language shapes our world-views. If you really want a crash course in this, I suggest you check out this crazy cat named Derrida.

I’ll give you a quick crash course. For example, using he in a text when it referring to both a male and female inherently devalues the female. She is relegated as not as important as the male counterpart. The more widespread this becomes, the more inherent the thought that the female is second becomes, so much so that we don’t recognize it as an opinion but a truth and as that becomes a truth it bleeds into other parts of our lives.

But maybe this is too abstract. Let me illustrate from your own words how language can shape people.

You recently called the President and various politicians as well as their supporters (via facebook), subhuman mongrels.

What Teddy has just done here is labeled the President, most politicians, and well myself (as well as other Democrats supporters and gun-rights control advocates) as “the other,” inherently inferior and by definition less than human.

But why does this matter?

Because simply you are creating a system where by people see themselves as superior to other people. As our history has shown, when one group tends to think of another as not as good, not as human, not entitled to the same rights, violence, enslavement and bigotry ensues. In short, you are by you words, making a schema where it is ok to disenfranchise others. It is ok to hate others. It is ok to believe that certian human beings are not as good as you and not worthy of the sames things that you deserve.

What someone doesn’t believe what I believe!

Well they simply aren’t a good/human as I am, so what does their belief matter?

What you are doing is hurting America.

You have almost 2 million followers on facebook. Instead of engaging them in debate, perhaps trying to find the solution to our problems, or a compromise, or at least providing evidence to why your solution may be betters than others, you instead polarize your fracture, making them resistant to debate, compromise or change; all the while, you fill them with hate towards anyone who thinks differently than you.

I’m tempted to call you out on the hypocrisy of trying to uphold American ideals of freedoms while demeaning and shaming all those who think differently than you.

Ok I just did it.

And for those who think I’m cherry picking a quote, I invite you to follow his facebook page, or check out some of the other awesome quotes he has had throughout the years.

Ok one more link, there are just too many.

The worst part, is, though you aren’t the only one.

Pundits on both side who have millions of viewers, millions of people who’s world view are partly shaped by their words and interpretation of the world, continue to act in a devious  manner, skewing and sometimes just plan making up facts to fit their own political agenda. All the while these pundits bash and trash the other side. Instead of having a rational factual debate. They label anyone who opposes them as “the other“, the enemy.

I’m going leave you with a quote from one of my favorite TV shows, LOST:

If we can’t live together, then we’re going to die alone.

We all have a choice in the words we use. And there are consequences to them.

A former fan (fine I still really like Damn Yankees), 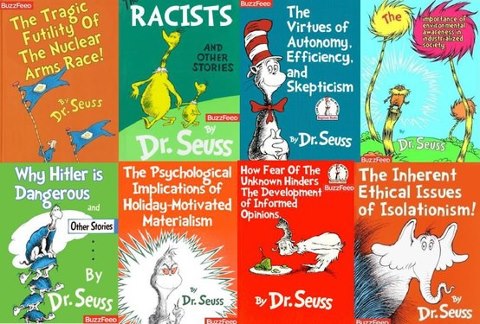 I was reminded of this awesome image (I wish I knew who came up with it so I can give credit where do) when I was re-watching The Lorax on Valentine’s Day. When this movie first came out, a lot of my friends were angered by the movie because of the political nature of the film (opposed to the book)…all I could do was laugh.