Ashy: How have you been?

Me: My week hasn’t been too bad, keep kinda thinkin’ heavy thoughts but that happens every so often doesn’t it? Oh moody artist

Ashy: Life’s heavy. Use your heavy thoughts and put ’em down on paper 🙂

The shot in the foot text I needed. You see I’ve been in a funk- the heavy, can’t catch your breath in a crowded night club sort. And understandable burden since the death of my father, but, usually I’m able to  make my way through and catch my breath if only for a second. This though, is constant. But perhaps the problem has not been in the sorrow, its depth undeniable, but rather in my schedule which has precluded me from writing and myself who has as of late, found it more appealing to surf the web or spend time on the blackhole of facebook, rather than explore the tangle of my thoughts, a dangerous web to be sure, but one which left to its own devices will continue to expand.

In short, I needed to just do even if I didn’t want to, even if it sucks.

And so in the last two days I have: found a collaborative paying writing effort (nothing big or very profitable but something that will get me writing.), advertised for an artist again for my comic idea, and started (though not finished so it is not yet posted) a kick starter campaign for another children’s book I have started.

Life is and I suppose always shall be amazing, beautiful, sad, horrid, immortal and terminal and it is I who will have to just learn how to weather each storm.

It’s one of my favorite weeks, banned book week, celebrating the fact that good art scares the living crap out of people!

Maybe the coolest part of banned book week is that the ACLU published a scroll over infograph to give information to why each of these famous books pictured was banned.

Do you have an all-time favorite banned book? Mine is probably a tie. Slaughterhouse Five and Farenheit 451 (a book banned about banning books!)

In the art world, it is inevitable, you have to work with others, especially if you are like me, who works somewhat with print in the visual arts and can’t draw their way out of a paper box. 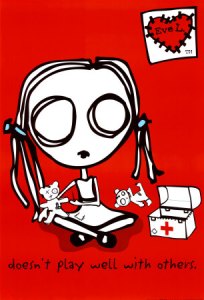 Seriously, my stick figures don’t even look like a 5 year old drew them.
My excitement of my visual art idea quickly fades every time I think about having to work with others because frankly every experience minus one (my children’s book project) that I have had, had majorly failed.
It started back when I was a fresh-eye college student. I had a plan for a fem-fatal graphic novel and a friend who was an art major in a near-by college. He had already had some successful with his post-it-note paintings, so I was majorly excited when he approached me about a collaboration.
I spent the better back of four months, drafting and conceptualizing a story (it sits still on my laptop, I need to rework it for a novel now), sending him drafts, getting feedback, waiting for the drawing to begin.
He even sent me a couple of rough sketches.
But then, I got a boyfriend.

Then poof. Nothing. Nada. Won’t return my phone calls/text.

When he finally gets around to answering me, he comes up with the excuse that I’m not invested (after i did all of my end of work) and scraps the project.

Months, hours, days wasted on a script I will have to completely retool to be readable.

I would like to say this is an isolated incident, but it isn’t.

Time after time, other artist I have worked with have bailed, and it doesn’t matter if they are “professional” artist or a “novice”, but I end up pointlessly excited and doing way to much leg work to have it fall through.

Has anyone else had this experience?

Don’t tell people you are taking time off to raise a baby (a whooping month btw then I’m back tutoring English and teaching three courses at a technical college.) because the first thing they will say, if they know you are a writer is, “Oh that’s so great for you, when are you going to write the next great American novel?” 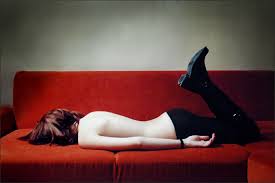 Then, they will stand there, starring at the circles under you eyes as you shake from the caffeine that you have been dumping into your body, waiting for a response: a chapter or two you have written or a detailed outline of your next great work.

No I haven’t had time to craft a great novel.

Actually I now spend most of my time bathing in baby vomit and desperately trying to stay awake. Oh and then do those little things like eat in the hour or so of sleep my baby does before she screams 🙂

I have though had time to do some shorter project, such as starting a crafting store with my friend, specializing in our geeky love of comic. We are selling our work at Kokomo Con this year. It should be a fun experiment in self-marketing and promotion, something I hope to take over to my own independent writing.

I’m also seeing progress on my Children’s book (look for upcoming info on it.), I’m very excited for this project.

On a sad note, which I will blog about later, I lost the illustrator for my Comic on Nikola Tesla, so now I am back to looking for an artist (if you know of anyone comment below or email me at reestanf @ gmail.com). I plan on launching a Kickstarted campaign for it as soon as all of my ducks are in a row.

All dignity you have subsides when there is a room full of interns starring at your lady bits, as you yell at the doctor to just use the forceps to pull out the tiny child who has been stuck in your birthing canal for the last four hours….

If you haven’t noticed, I have been MIA as of late.

I present to you the reason why:

My little tiny terrorist who pretty  much holds me hostage most of the day. But I am, like any good captive learning her ways and soon I hope to return full force to the blogging world, but until then pardon my absence, I have diapers to change and vomit to clean up.

pretty interesting article on publishing for women back in the day 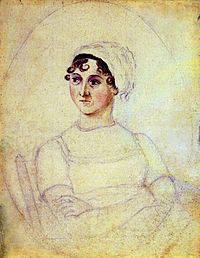 Novels during the early Regency were geared toward the female reader; therefore, the door opened, if only a crack, for the female writer to step through. The female writers of the time assisted Jane Austen in several ways, among them the influence on her writing and building an audience for Austen’s early works.

The early female authors faced something that Austen did not. They faced public criticism, as women of the time, especially those of genteel birth, did not seek employment of any kind. Women were not to pursue fame and a career. They were discouraged by their husbands and families from publishing their works. Austen was fortunate to have a family who encouraged her writing, but even she published anonymously. Austen’s father, the Reverend Austen, even approached a publisher for Jane when she was but two and twenty. Later, Jane’s brother acted as her representative with the publisher under…