oh the things we could have done, if we only took the first step.

Yet here I am, a city deer starring at the blurring headlight sun, one foot hanging, delicately balancing, refusing to take the first step. 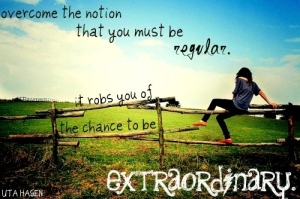 I had a lot of plans this year, plans which I have absolutely sucked at. Life, my impossible high standards, and fate aside (it’s been on heck of a year emotionally), I have made inlets this year: poems and plays published, a job in teaching, another prospective job (I’ll blog about it later) in teaching play-writing to little nugs, work beginning on my graphic novel as well as my kid’s books (yay!!!!) and an ever growing blog audience (you guys rock).

Releasing my ebook of plays.

It’s been available on the Nook now for a month, maybe two. Tucked away, unpublicized by my fear of something.

And the insane thing, I don’t much care how much money I make. It’s low priced, I might even put it a bit lower.

All I really want if for people to read my previously published plays and maybe, if they like them, throw up a show of their own.(Though a bit of an extra income is always nice as well.)

I need to release it and move on. I need to figure if five people buy it and read it, it was worth the effort of editing and the pain of my ego.

I think I’m going to do it this week.

6 comments on “oh the things we could have done….”