Be an artist. Paint. Write. Play the banjo. Sing in the shower. Whittle figures out of soap.  Write lyrics in bathroom stalls. Do anything and everything that connects you with your creative potential. 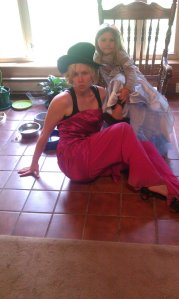 Any day is a day for a play

Don’t be angry if your parents or teachers try to discourage you. They are worried, worried for you.  Money rules the world in so many way and bleeds into our fears for the one that they love. Adults try to pretend this fear doesn’t exist. But it does.

But they don’t understand. They don’t know what it is like for words to course through your veins and swell your body until a pen realizes it. They haven’t found salvation in a dingy light club with a sweaty rock and roll man screaming as the crowd swells against you.  Or spent all day staring at clouds. Or spent six hours trying to find the right shade of red. They simply are just not wired like you,do not thirst art like water, do not breathe it in like air.

Realize that this beauty is more powerful than any dollar amount, and may never bring you any money. Realize that the late nights and long hours are worth what you are doing for nothing more than the finishing line of a poem. That fame and success do not add to your work. You do not have to be Picasso.   My art, your art, our art will have a rippling effect that no one will fully comprehend. One speck of paint can bring the heavens to weep.

Creation. Taking nothing, taking parts and making a whole is contained within itself, a wonder that mimics the heavens.

Be an artist because the world tells you to become an investment banker but just as the word needs financiers, scientists and doctors, the world needs a soul.

Be an artist because the world sucks. In the darkness, we need your light of hope. We need a voice that screams, “I feel how you feel. You are not alone.” And in the light we need the darkness, an everlasting reminder of the yin and yang of life.

And never apologize for it. Be who you are. And love what you do. Those who understand will never chastise you. And those who don’t, will never understand.

This is absolutely the most brilliant idea that I have heard of. Let’s make 2014 a year of poetry. I urge you to submit to her and maybe think about making a similar campaign in your area. I definitely have decided to start this or a similar project in the central Illinois area. ( I used to sidewalk chalk in college for poetry week, but this does seem much more sophisticated.)

Sadly, I didn’t know about this interactive series until it one an emmy, but this series is absolutely amazing.

The Lizze Bennet Diaries is a modern retelling of Pride and Prejudice.  Witty and imaginative, any 20-something  in the midst of navigating dating, school, a career and life is sure to enjoy it.

Also sorry that I just stole hours of your life.

If you think your idea for a children’s book is bad…..

The next month, I plan on a publishing extravaganza, finishing my book of short plays for self-publishing and taking most of my existing work and submitting it to various magazines.

What shall come with it? 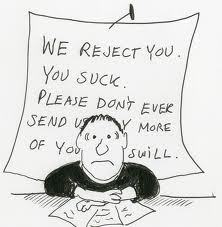 The reality of the game is no matter how polished or amazing a piece is, if it doesn’t fit into a certain criteria (which sometimes is just bizarre and random) it will come back to you, along with a lovely form letter, or if you are lucky, a more personalized letter of rejection.

My question to you, what do you do with rejection?

When I was younger, rejection bother me immensely; I felt as if a hand were slapping me across the face; but now, as I have accept this as an inevitable part of the art life, I think I want to take a more whimsical tone towards rejection.

In short, I’m going to make some art out of it ( finish my above started poem on rejection). If I get a fine enough collection of letters, maybe some wallpaper for my writing area.

Rejection should be taken with a grain of salt. Review your work, see if it needs to be rewritten and then move on and resubmit.

And  remember, if you are feeling down about a form letter rejection, remember you are not alone. Most famous (and not so famous) writers face the world of rejection. 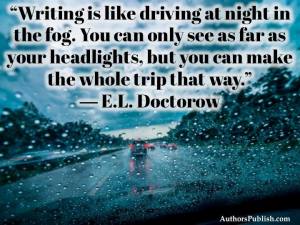 submissions for their Fall Issue:

“We are looking for new work (poetry, short fiction, creative nonfiction and visual art work) to include in our upcoming Fall Issue by the end of September.”

If you would like, you may find more information on their submission page.

Note: There is a submission fee.

On a side note: please feel free to contact me (via email or on a comment) if your magazine is looking for submissions.  I have another page I’m going to blog about later this week that I’m in love with for play-writing opportunities, but I would love to expand and add a page on my blog for ongoing submission opportunities. I want to get my readers as much information on different places to publish to make their search easier.

I won’t lie. I have had a pretty miserable dating history, an innate ability to find the losers in the crowd and hitch my wagon to them, only to find myself, a year later single, facebook stalking my ex and wondering how I could have dated such a tool. 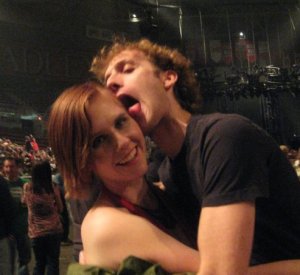 I asked him to act like he loved me. This is how my ex responded….cute or indicative of his tooliness. (fyi it was the latter.)

But  this history of heartbreak and kissing frogs has given me a great appreciation for literature’s taken on love.

Most people spend a life looking for love. If you are lucky, you may find one love that last. A beautiful and torturous gamble.

I stumbled upon this page a few weeks ago,  30 pieces of dating advice from literature.

Commonsensical,  witty and sometimes profound, it’s definitely worth the few minutes of your time to explore (though I won’t lie, I skipped over the 50 Shades of Grey link).

I had been so good at updating my blog. Had been. 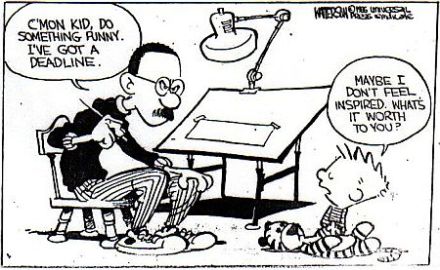 But the last two weeks, life has kicked my every loving butt. Horrible allergies, doctor visits, work, and a crack down with the realization that I had the GRE in a week (which I took this wednesday…since I’m insane enough to want to go get my doctorate…) turned me into a nutcase who hasn’t touched a book or wrote in a notebook for almost a week.

But thank the lord, the stress has passed and I am back!

Before my week of hair-pulling, mind numbing studying, I did have a fun little project that I finished with a couple of my friends I have met on WordPress. We completed a share world exercise. The scene is a robbery as a bank.  My two pieces are from the robbers pov.

Holy hell this mask was hot. No wonder robbers were always pissed off.

I lingered behind Mack, my heart pounding as they raced into the arching doorway. The history etched into every inch of this sleeping beast, seemed almost too pristine to disturb, like when I was an altar boy sneaking in for sip of communion wine.  Was Father Amison waiting on the other side, paddle in hand?

But I had no other choice. The bills were piling so high, I could wallpaper the flat and still have a stack left over.  Besides, I wasn’t really stealing from anyone. Banks are insured, right? All I was doing was taking from a namelessly corporation that would do the same to me.

My feet seemed to melt into the floor with my foot step through the double doors. They slammed behind me, filling my ears with its hollow echo, quickly followed by high pitched shirks.

“Get down now!” Mack screamed, his voice deep and dead.

Mack headed to the counter. I flank him, standing several feet back. He was screaming at some old man.  Everyone was crouching, cowering with fear. I wanted to join them, jump behind a counter and shrink into the building.

We don’t have time for your bickering Mack. Stop the macho bullshit.

I wanted to smack him. We had agreed. Quick and easy. In and out. No one gets hurt.  But of course if someone challenged Mack, he could never back down.

My hand tightened on the trigger.

“Holy fuck, we agreed no blood.”  I screamed.

The old man slumped over in slow motion as my mouth dropped, a gapping hole where his stomach should be, Mack’s macabre masterpiece.

I raced over, jumping behind the counter. The man groaned, fighting the inevitable.

My lungs burned. I should smack Mack upside the head.

Instead, my hand reached for the cash. Maybe 50 dollars. Maybe 50000. I didn’t matter anymore. As I raced out the front door, the noon day sun burning my eyes. And I knew.

This wasn’t what I signed up for.

Mack pulled out his flask and guzzled.  Relax, he told himself, this is just like shooting rabbits with dad. He straighten his mask, catching the reflection in his flask, smiled and shoved open the door.

“Get down now!” His voice boomed.

Blood coursed through his veins, as he inhaled the scene. All eyes on him, center stage, everyone cowering, as it should be.

“Where the fuck is the cash?” He screamed. “If you don’t wanna die, I’d fucking get it out right quick.”

Mack glanced behind him. Tom followed him like a beat dog. Wuss.

“I know you are old but are you deaf too?”

His dad first took him hunting when Mack was five, maybe six.  He could barely hold the gun. With each step, trudging through the forest mud, Mack thought how easily he could accidentally shot his father.

The alcove Mack and his father came to was more beautiful than Mack’s mind could comprehend. The perfect balance of nature is what he’d later tell hookers when he got too drunk.  In the middle of the arching forest, mist rising, he saw the most beautiful creature. She stared at him. He was sure,  she had. But she didn’t run. Instead she bent her head down to take a drink from the rippling pond.

“Shot the bitch,” His father said.

The deer’s eye frozen on Mack as she fell to the ground.

Read one of the other stories here